Phenomenon for the Next Generation Science Standards (NGSS) – 4-PS3-1 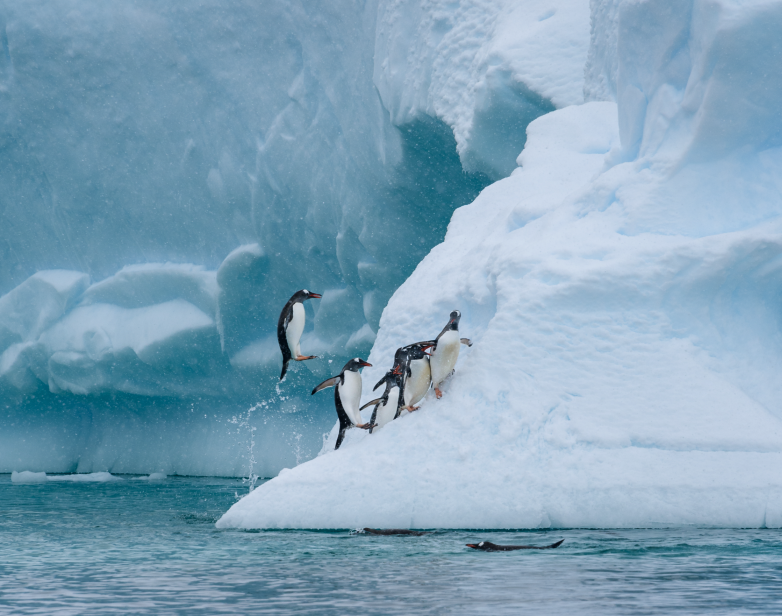 4-PS3-1 Use evidence to construct an explanation relating the speed of an object to the energy of that object.

If you are teaching the Next Generation Science Standards and are looking for phenomena ideas, you’ve come to the right place! I like to think about phenomena as lesson starters. They are photos or videos showing an observable event in the universe and are used to get kids thinking, asking questions, and discussing their prior knowledge. For more information about using phenomena, there is a handy printable guide and video here:
https://www.nextgenscience.org/resources/phenomena

And now, on to our penguin phenomenon!

Did you know that even though penguins are classified as birds, they can’t fly? But as you can see in this photo, that doesn’t mean that penguins can’t become airborne. Penguins have the ability to hurtle themselves from the water in a spectacular way.

A penguin’s launch through the air actually begins on the ice. Penguins spread oil on their feathers with their beaks to make them slick in the water and to trap air between their feathers and skin. This air becomes extremely important later in the water.

The penguin starts the process of launching back onto the ice by actually diving down, as deep as 1,800 feet. That’s the same distance as six football fields! The dive gives the penguin a “running start” to its launch. When it gets deep enough, it turns back toward the surface. As it begins to swim upward, the penguin releases tiny bubbles of air that it had trapped between its feathers and skin. The bubbles cover the penguin’s body like a jacket. The bubbles store energy. As the penguin releases them, more and more energy transfers to the penguin, helping it rise through the water faster and faster.

This excerpt is from the text: The Flight of a Penguin by Michelle Negron Bueno.  The Flight of a Penguin is found in, StarrMatica Texts:  Science Your Way, a collection of informational texts written specifically to address every K-5 NGSS Performance Expectation.  All texts in the collection begin with a phenomenon photo and are written at six different Lexile levels, so all students can read the same content at their reading level.  You can find out more about StarrMatica Texts:  Science Your Way here: http://www.starrmatica.com/index.php?/main/texts